The English Premier League entered matchweek 8 with all the teams showing what they got ahead of the International break.

Manchester United beat Everton with another Bruno Fernandes masterclass as Chelsea’s Hakim Ziyech was instrumental in his side’s 4-1 win over Sheffield United who remain winless in the League.

Man City and Liverpool shared the spoils at the Etihad in a 1-1 draw as Brighton and Burnley recorded the only scoreless game of the week.

With the results, Leicester city is top of the league standings with 18 points. Tottenham, Liverpool and Southampton close the top 4.

Below is the full table. 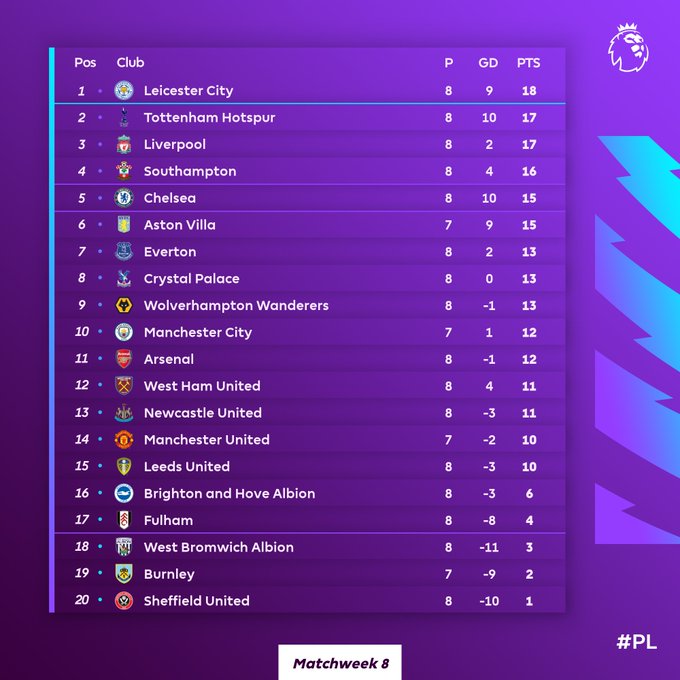